On December 18-19, “New Generation” Humanitarian NGO organized two- day workshop in the framework “Right to Health” program, it was held in Yerevan, among international, state, NGO’s representatives and Trans community members. The Tool on Implementing HIV and STI Programs with Trans People, with the participation of world-class organizations and individuals, developed was introduced during the workshop. This toolkit provides comprehensive information on how to effectively implement Trans boundary programs, with guaranteed copies and practical suggestions from around the world.

The goal of the workshop was to elaborate on the development and improvement of the services included in the minimal package provided to Trans people, based on the international grant-related programs implemented in Armenia for 2019-2021.

In the attendance list of the discussion were representatives of international organizations, head of the Global Fund programs’ coordinators cooperating with Ministry of Health Hasmik Harutyunyan, Director of the Right to Health Program, conducted by the ECOM, Elena German(Ukraine), representatives of local NGO’s, representative of National Center of AIDS Prevention s center and others.

The workshop experts were Sona Orbelyan(Armenia) and Daniyar Orsekov (Kyrgyzstan) who presented a number of topical issues related to trans people: main roots of and options for their general solution.

During the workshop, Elena German and Daniyar Orsekov presented successful experiences used in Ukraine and Kyrgyzstan, which easily can be used in Armenia after the relevant research. Later on, the trans-community representatives presented the reports on focus group discussions, transitional and need assessment, as well as the IBBS survey data results. It was also mentioned about Global Found long-term projects involving Trans people to be held in 2019-2021.

The first day of the workshop ended with a thorough discussion about the details of the presented reports, also opinions were made about the solutions and improvement previously mentioned issues. On December 19, the workshop day was planned to be more practical. The day started with group work. The details and problems that were mentioned on the previous day were applied in practice. Invited experts and participants developed a new minimal package of services for Trans people. As representatives of the Trans community were also present among the participants during , the needs identified by them became audible and were practically drafted in a newly developed minimum package.

Experts estimated the practical work more efficient. As a result, the two-day workshop organized by “New Generation” Humanitarian NGO ended with a general agreement on how to make new and more favorable proposals to be implemented in the intended 2019-2021 program. We hope that in this way we can promote the prevention of HIV and AIDS for MSM and Trans people in Armenia. 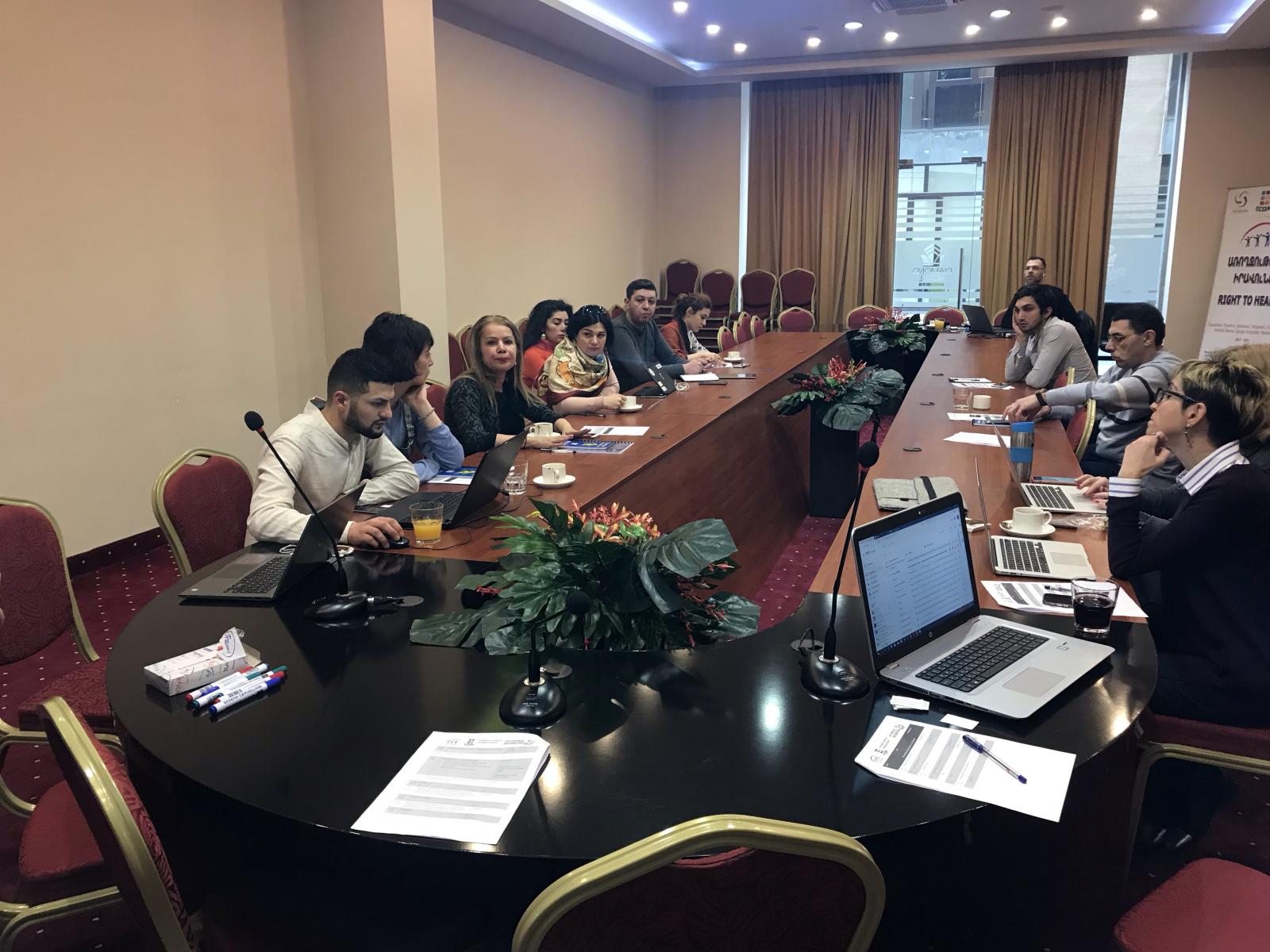 "New Generation" Humanitarian NGO expresses its gratitude to all those who attended the meeting and for their active participation.

The "Right to Health" project is implemented with financial support of the Eurasian Coalition on Male Health (ECOM), from the funds of the Global Fund to Fight AIDS , Tuberculosis and Malaria.