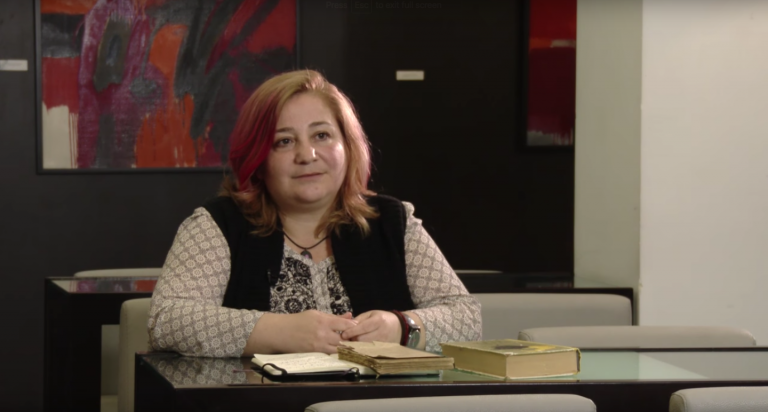 The wave of hatred on online platform rose against Lara Aharonian on 8 March, 2019, after signing a Memorandum of Understanding between the National Assembly and representatives of CSOs dealing with women's issues.

The memorandum of understanding aimed at creating a platform for cooperation between legislative power of the Republic of Armenia and civil society to ensure real equality of rights and opportunities for women and men.

Lara Aharonyan had a brave and courageous speech during the meeting. She particularly talked about women's role, domestic violence and its condemnation, as well as the diversity of women, emphasizing that all the laws that are being developed and developed should be inclusive for all women. He particularly mentioned: "Many times when we talk about a woman, we see a woman, a mother, many times a sister and that’s all. But I want to remind you that we are also single mothers, we are also mothers who have lost their children in the army, we are also unwilling to become mothers, we are also elderly, we are transgender and we are lesbian and bisexual women, or we do not want to adopt or have children, we are women living in border villages, we are poor, we are Yezidi women, women with disabilities, and when laws are being drafted we have to be careful that every type of women can benefit from it. In other words, these are all women who will come to your senses, including all that I have said, including women living with HIV, sex workers, and many others. "

Lara Aharonyan's words seemed very strange for the people living in the Armenian patriarchal society, so hate speech and threats do not stop on the online platform. The public did not particularly accept the section on Lara's speech concerning to  trans, lesbian, and bisexual women. The calls to threat were flooded with homophobic and transphobic expressions.

The New Generation Humanitarian NGO highly values ​​the role of Lara Aharonyan and the Women's Resource Center NGO in promoting an equal society in Armenia.

The state still fails to meet its commitments to providing a safe and favorable environment for human rights defenders, which has been ratified by a number of international human rights treaties.

The New Generation Humanitarian NGO strongly condemns the sermon of hatred against Lara Aharonyan and urges:

To the National Assembly of the Republic of Armenia.

To the Government of Armenia

- Make a condemning statement and defend the activities of human rights defenders in Armenia.

- initiate amendments to the Criminal Code of the Republic of Armenia, including regulating, as aggravating circumstances on open discrimination against human beings and threats.

- Investigate and bring to justice those who instigate violence and incite hatred crimes by their actions and calls.