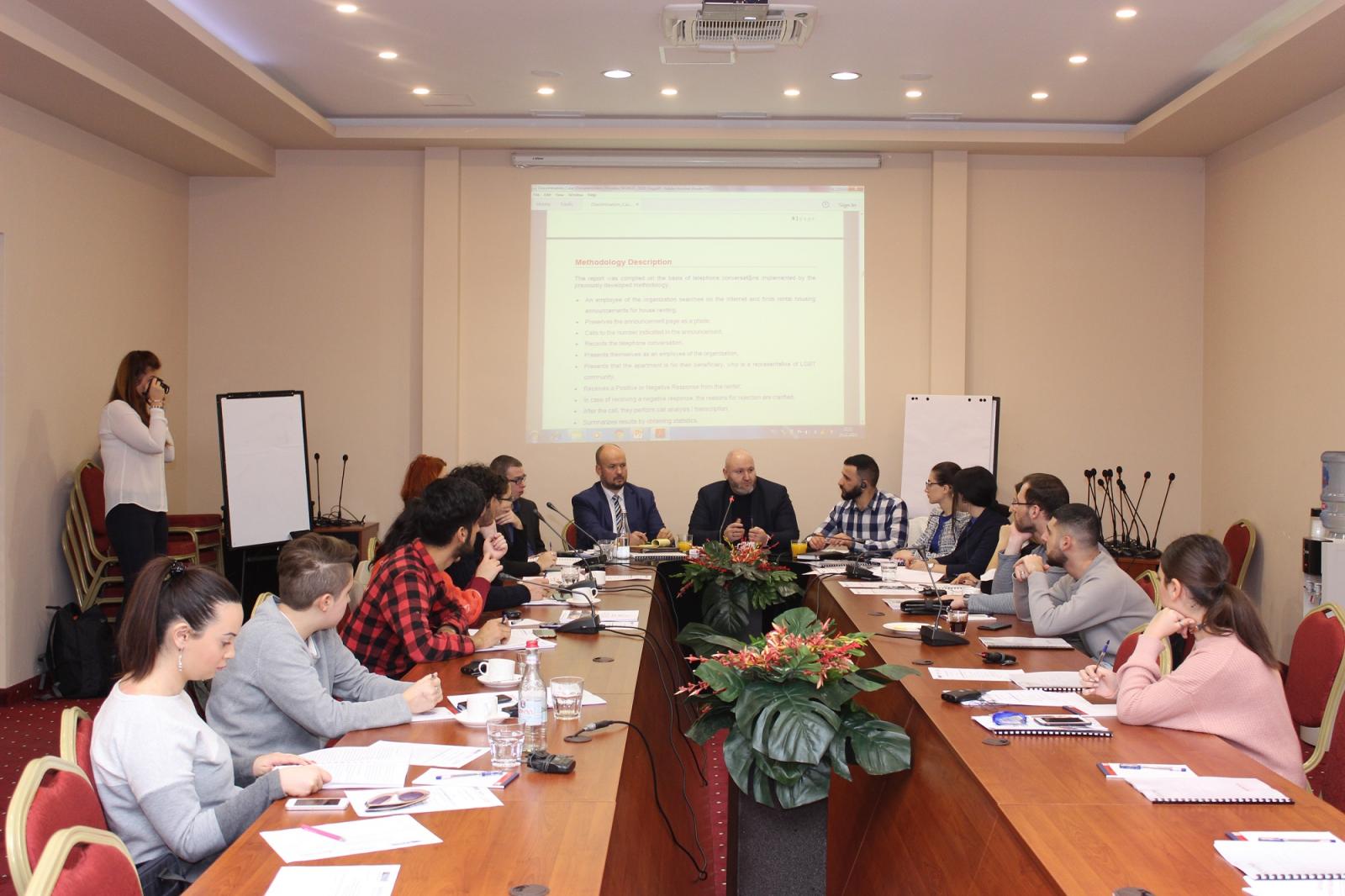 On June 28, 2018, a two-day workshop on "Situation Analysis of Discrimination Cases" took place in Armenia within the framework of which representatives of the Czech Republic's Poradna pro obvánství, občanská a lidská práva Organization presented the "Situation Analysis of Discrimination Cases" and its application forms. During the meeting, the role and functions of the Ombudsman in the Czech Republic were also touched upon in the context of LGBT community rights protection. The representatives of CSOs and mass media, advocates, human rights defenders and lawyers participated in the meeting.

Based on the observation of the Czech experience, the NGNGO has undertaken the process of bringing the method of situation testing into Armenian reality within the framework of the "How to Find the way" program.

New Generation Humanitarian NGO implemented documentation of discrimination cases among LGBT People in Armenia and on 28 November, 2018 presented the report on “Discrimination Cases Documentation”, which reflects a high level of discrimination in the Republic of Armenia related to person’s sexual orientation and gender identity.

All of them highlighted the application of new methods in our reality. The Ombudsman representative noted that they value the importance of close cooperation with civil society and expressed hope for similar new discussions and meetings.

The meeting took place in a way of free discussions and questions and answers.

Following the discussion, NGNGO advocate Anahit Mkrtchyan, project coordinator and human rights activist Hmayak Avetisyan, president of Poradna organization Miroslav Dvorak and lawyer FrantisecVales gave a press conference during which the reporters talked about the aim of situational testing and the results of the report. 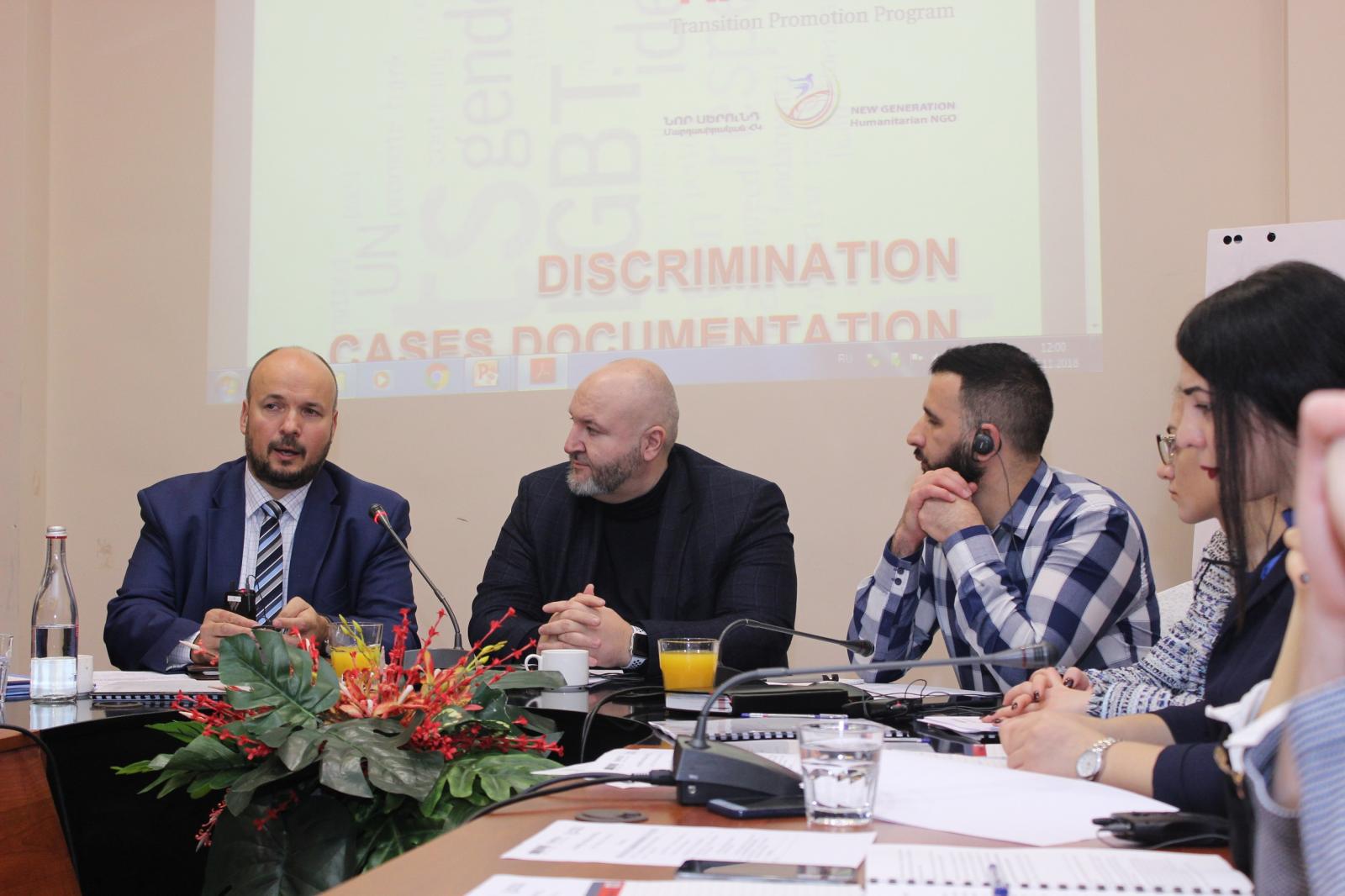 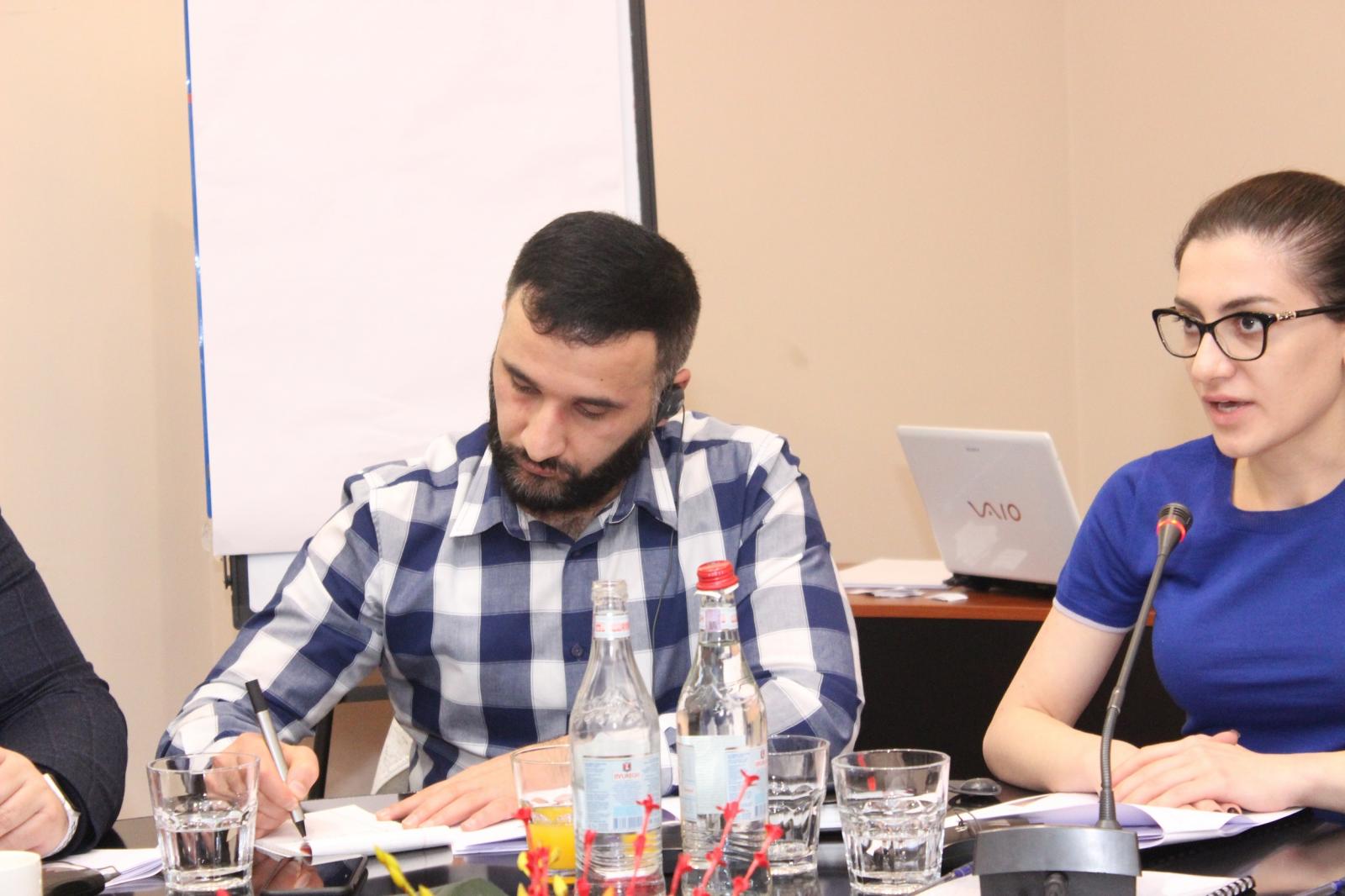 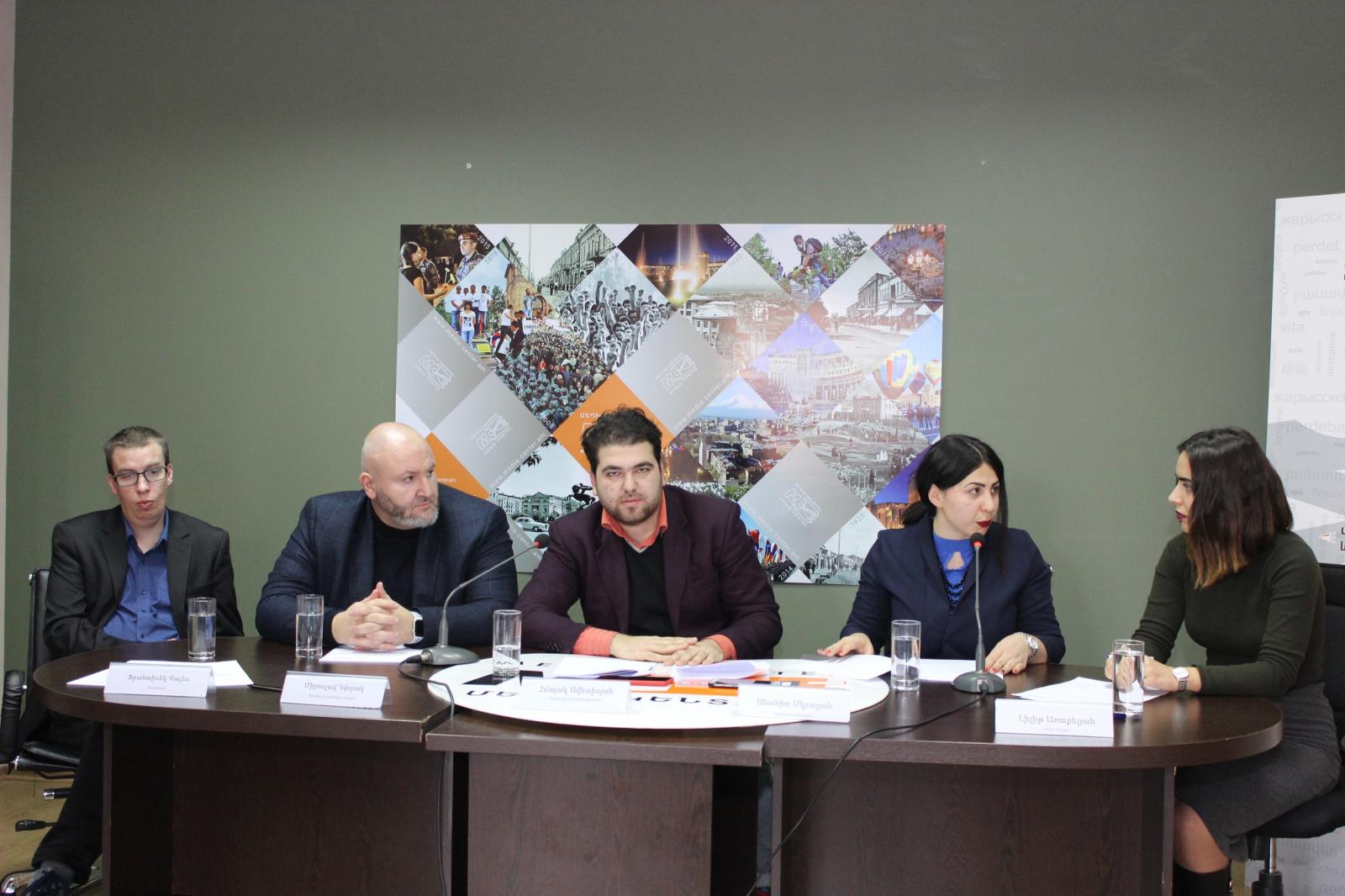